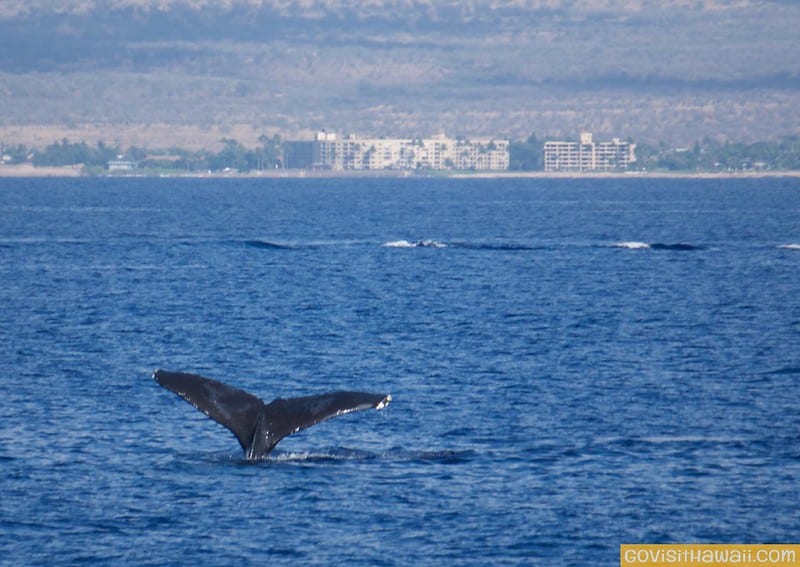 The first humpback whale of the new season was seen on October 1, 2019 off the coast of Kauai. This news is no fluke. (Pun intended.)

Per the Star Advertiser, captains aboard the Holo Holo Charter’s Adventurer II observed this early arriver about a mile off Ke’e Beach on the north shore of Kauai. This whale must have been excited to be back in Hawaii because he or she breached three or four times.

More whales will begin to trickle in to kick off their annual Hawaii “vacation.” Well, actually, they come to Hawaii to breed and and give birth, but we like to think they’re on vacation, too.

The winner of our 10th annual predict the 1st humpback whale-sighting contest is Cora, who guessed October 1. Congratulations Cora!