Yesterday, Kauai’s Mayor Kawakami requested approval to opt out of the state of Hawaii’s pre-travel testing program starting December 1, 2020. If approved all travelers to Kauai would be subject to a mandatory 14-day quarantine, regardless of testing. Here’s an except from the County of Kauai’s announcement.

On Tuesday, Mayor Derek S.K. Kawakami forwarded to Gov. David Ige proposed Mayor’s Emergency Rule 23, which would temporarily pause Kaua‘i’s participation in the state’s Safe Travels pre-travel testing program and require incoming travelers to Kaua‘i to quarantine for the full 14 days regardless of testing.
“We are facing alarming COVID-19 numbers on our island as well as across the nation,” said Mayor Kawakami. “This is not just a tourist problem. Nearly half of our recent travel cases are Kaua‘i residents who returned home. We know that a single, pre-travel test has not stopped the virus from reaching our island and we are saddened to report our first on-island death. We must take action to prevent the further spread of disease here.”
In an attempt to avoid reverting back to a mandatory 14-day quarantine, Mayor Kawakami proposed Rule 21 last Monday, which would have required incoming Kaua‘i travelers to take a post-travel test after 72 hours on island with a shorter quarantine period. However, this second-test proposal has not received approval, further prompting the Mayor to propose Rule 23 to temporarily opt-out of the state’s Safe Travels program.
“Since the launch of the single pre-travel testing program on October 15, we have confirmed 58 new cases and our first on-island death,” said Dr. Janet Berreman, Kaua‘i District Health Officer. “Forty-eight of those cases were travelers—27 visitors and 21 residents. Most of them had a negative pre-travel test, but still came down with COVID here on Kaua‘i. The other 10 cases, in residents who did not travel, are an even greater cause for alarm. Four of these are residents who were in close contact with travelers. The other six are residents for whom we cannot identify any link to a traveler—these are cases of community transmission. We have not seen sustained community transmission in our county since July, so these cases are very concerning. It is clear that the Safe Travels program is not adequately protecting Kaua‘i from an alarming rise in cases.”
…
If approved, Rule 23 would take effect on December 1, 2020, at which point all incoming travelers, including residents and visitors from the mainland and neighboring counties would be subject to a 14-day mandatory quarantine, regardless of testing.

You can read the full statement here.

Kauai implemented a tier system that allows or disallows certain activities based on the COVID cases and percent positivity rates. The island is currently in the least restrictive tier, Tier 4. In the County of Kauai announcement, it states,

Mayor Kawakami added that a temporary opt-out of the Safe Travels program would allow the island to remain in Tier 4 – the least restrictive tier – for as long as possible.
“Opting out of the Safe Travels program would be independent of our tier system, which means we could stay in Tier 4 for a longer period of time,” said Mayor Kawakami. “It makes no logical sense for us to move tiers while still allowing more travelers. We shouldn’t penalize our local people by restricting activities, such as youth sports, when that’s not the current source of infection.”

From that statement, it appears that youth sports is one of the key reasons to opt out of the pre-travel testing program and therefore requiring travelers to quarantine.

One of the original trusted testing partners, CVS, is now telling Hawaii travelers to seek other testing options. Apparently, their testing demand is too high for them to be able to turn around tests in a timely manner — especially with the newly implemented rule that travelers must have their result before departure of their final flight to Hawaii. Here’s a partial screenshot from their website. 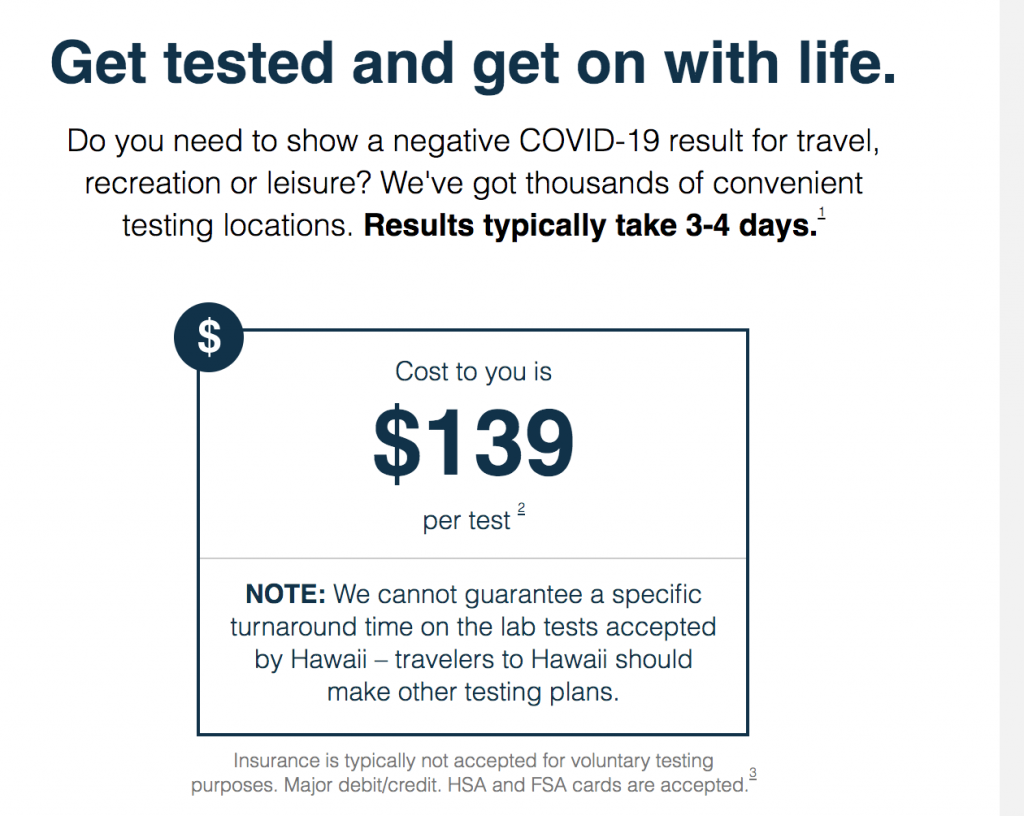 Another trusted testing partner, Vault, is telling Hawaii travelers to find alternative testing options if they are traveling on a Tuesday or Wednesday for the remainder of 2020. The problem appears to be due to increased UPS holiday traffic. Here’s a partial screenshot from their website. 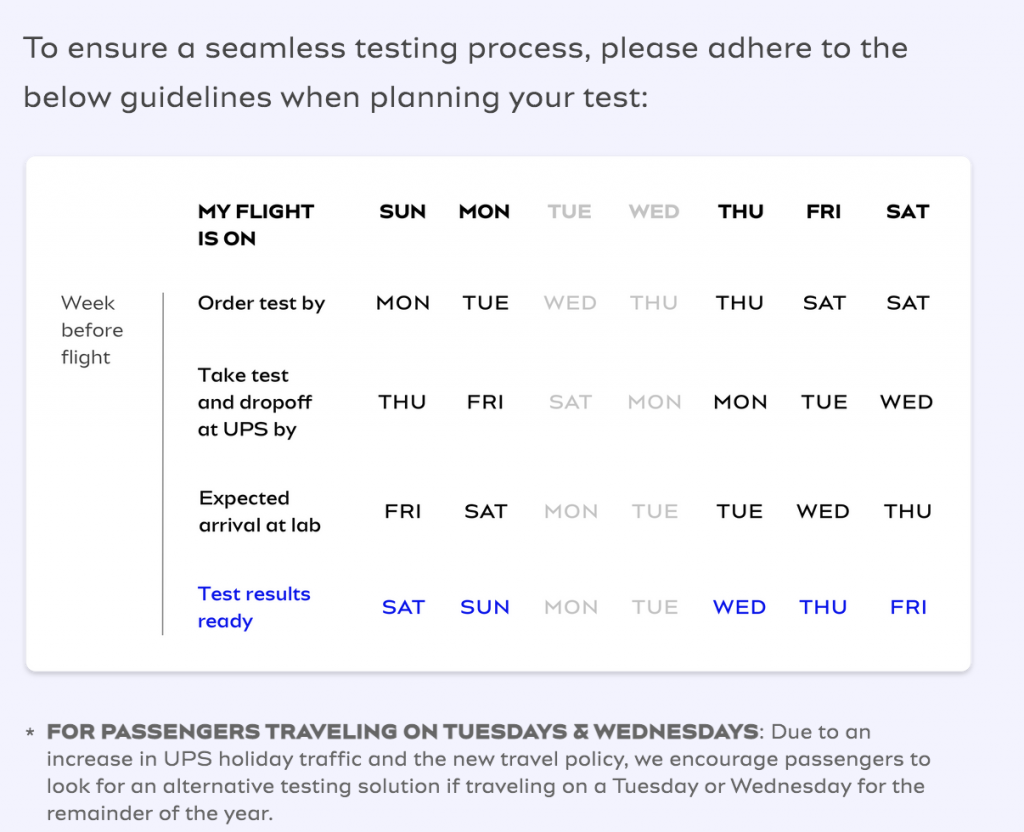 COVID-19 testing in SFO & OAK airports are sold out

Passengers out of San Francisco and Oakland who plan to get tests at the airport need to seek another testing option. Testing sites at both airports are sold out through early December per SFGate.com.

For more information about the process of traveling to Hawaii, go to hawaiicovid19.com/travel.